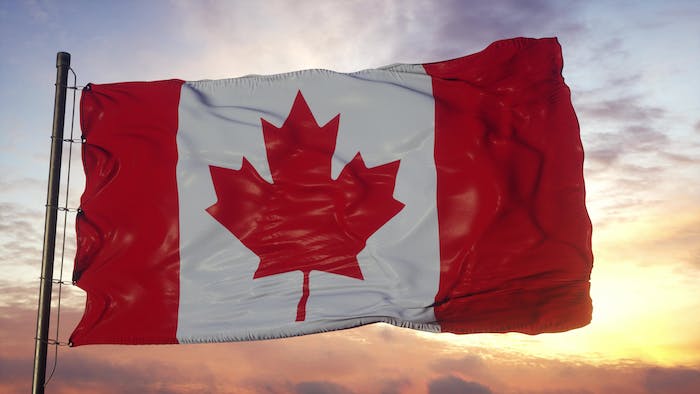 As truck driver protests over cross-border vaccine mandates in Canada continue, the American Trucking Associations came out against any similar protests being organized in the United States.

“ATA strongly opposes any protest activities that disrupt public safety and compromise the economic and national security of the United States,” ATA President and CEO Chris Spear said. “We held serious concerns about the unintended impact a vaccine mandate would have on our nation’s supply chain and ongoing COVID response efforts, which is why ATA challenged the OSHA rule all the way to the Supreme Court – where we prevailed.”

ATA has not challenged the U.S.- and Canadian-imposed vaccine requirements for cross-border commercial haulers, which first sparked the Canadian protests.

Spear added that his group will continue to advocate for policies that help the trucking industry “keep the supply chain moving, and we’ll do so in ways that do not hinder the safe and timely flow of commerce that everybody depends on.”

Support for anti-vaccination protests in the U.S. continues on social media channels. At least one trucker convoy is reportedly set to begin March 4. However, there is evidence that some of the Facebook groups encouraging protests are driven by so-called "content mills" in foreign countries.

Meanwhile, police moved against demonstrators who had closed the Ambassador Bridge between Windsor, Ontario, and Detroit. While protesters at the vital link between the two cities were cleared, it took several hours Sunday, Feb. 13 for normal traffic flows to resume after the bridge reopened at about 11:30 p.m. The bridge was closed for about a week.

The White House issued a statement Sunday praising Canadian authorities for reopening the bridge and pledging to support them "wherever useful" in order to ensure restoration of commerce. Detroit's auto manufacturing plants suffered production lapses because of the bridge closure.

Ontario Premier Doug Ford on Friday declared a state of emergency in an effort to end the protests that have blocked several border crossings in the province through fines and the potential for license revocation.

However, demonstrations continue to block streets in the Canadian capital of Ottawa. At the same time, counter-protests have sprung up in the city as residents complain about the ongoing disruption of life in the city. Ottawa's mayor says a deal has been struck that would see many of the trucks and protesters clogging city streets move.

There were also protests staged in other locations, including at the bridge crossing between Cornwall, Ontario, and northern New York and the Blue Water Bridge between Port Huron, Michigan, and Point Edward, Ontario.

The protests in Canada appear to have spurred similar opposition to COVID regulations in France, Australia, and New Zealand.

A truck driver was arrested last week while trying to smuggle people into the U.S. illegally.

The arrest came less than a year after the driver's father was arrested by Border Patrol also with a tractor-trailer packed with people.

Upon arrival and the border checkpoint, a canine immediately alerted to the vehicle. Leonardo Davila Jr. was referred to a secondary inspection where Border Patrol agents found the 73 people, all of whom were in the country illegally.

Love on the Highway: They're couples and they're team drivers 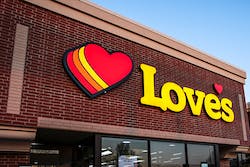 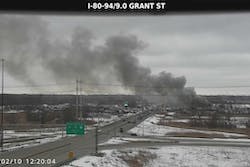 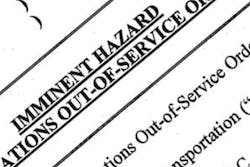 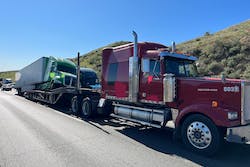 One tractor-trailer drives onto the trailer of another in California