In a notice published in the Federal Register Thursday, March 31, the Federal Motor Carrier Safety Administration is granting a five-year waiver to Werner Enterprises that will allow certain commercial learner’s permit holders driving for the company to operate a truck without a CDL holder in the front seat.

Werner requested an exemption to allow CLP holders who have passed the CDL skills test but have not yet obtained their CDL from their home state to drive a truck without having a CDL holder in the front seat, effectively allowing them to drive team.

FMCSA has previously granted similar exemption requests to C.R. England, initially in 2015, CRST Expedited in 2016, and Wilson Logistics in 2021.

The award recognizes a TCA member who goes above and beyond in the name of safety. Individuals can nominate themselves, someone within their organization, or another industry safety professional.

The nomination period consists of two rounds. Round 1 is open April 1-14. The Round 1 entry form includes questions regarding nominator and nominee information, the recent safety performance of the nominee’s company and the nominee’s industry involvement.

After the panel of judges has determined which applicants will move on to Round 2, nominators will be notified and will have until May 5 to submit a second entry form. Round 2 questions ask about nominee's employment history, achievements, and community involvement.

The winner will be announced at TCA’s 2022 Safety & Security Meeting, June 5-7 in Nashville, Tennessee. 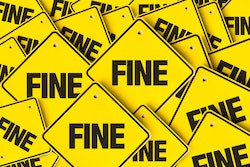 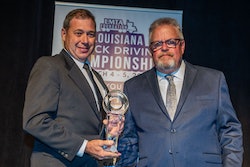 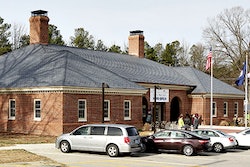 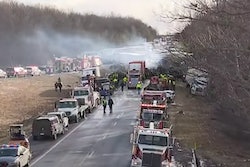 I-81 reopens after massive Pennsylvania pileup; death toll now at 6