More than 21 members of the U.S. House have signed on as co-sponsors to a bill that would delay the compliance date of the looming electronic logging device mandate. The bill, if enacted, would give drivers and carriers two extra years to adopt ELDs by pushing the compliance deadline to December 2019.

But, the legislation (HR 3282), introduced recently by Rep. Brian Babin (R-Texas), has major hurdles to clear before becoming law. With larger issues — healthcare reform, tax reform, raising the debt ceiling and 2018 appropriations, to name a few — sucking up Congressional time and energy, the bill is likely ill-fated as standalone legislation. The best bet for its passage would be to hitch a ride on a larger bill, such as the 2018 Department of Transportation appropriations bills in the works in Congress.

However, lawmakers appear reluctant so far to work an ELD delay into the DOT funding bills. A House committee this month approved a bill that included a one-year ELD compliance delay for livestock haulers and issued a corresponding report advising the Federal Motor Carrier Safety Administration to examine whether a delay is needed. The bill doesn’t require FMCSA to perform such a study, though.

The American Trucking Associations is adamant the bill does not have the necessary support in Congress to be enacted, despite the 21 co-sponsors who’ve signed on.

Lawmakers have “on a bipartisan basis for several years insisted that this requirement be enacted and implemented,” says ATA’s Bill Sullivan. “Further, the fact that the committee with jurisdiction over transportation policy has shown no indication it intends to act on a broader delay shows just how little appetite there is in Congress for this. Congress has spoken, FMCSA has spoken and the courts have spoken and it is time to move forward to implement this important rule.”

The Owner-Operator Independent Drivers Association is engaged in a grassroots effort in recent months to get Congress to delay or strike down the mandate, particularly for small carriers like owner-operators.

According to the Mid-West Truckers Association, it and the following organizations also support of HR 3282:
Related Stories 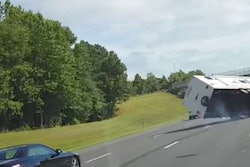 It begins with a wobble and ends with a crash 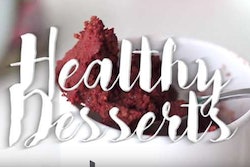 You can have dessert and still eat healthy 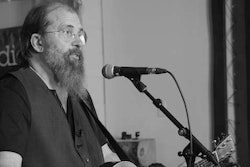