In 35 years of driving, 66-year-old driver Cindy Lynn Lackland has never had an accident. Her perfect driving record recently earned her recognition from the Owner-Operators Independent Drivers Association, which awarded her its Safe Driving Award.

Lackland drives for D.G. Coleman hauling water from a spring in the mountains near Buena Vista, Colorado, to be bottled by Nestle.

Lackland, from Howard, Colorado, has done just about everything in the trucking industry. She got her start in high school working part time for a logging operation during her summer vacations. Since then she’s hauled over the road, done overnight freight, been a driver trainer, and worked as an owner-operator before her truck developed mechanical issues, among other accomplishments. She still owns her 1995 GMC White, but it’s currently sidelined.

“I’ve never had an accident in a truck, never. Not even when I was out playing around in the woods with the logging company. Never hit a tree or jammed up the truck on anything,” Lackland said.

Lackland’s stellar safety record isn’t a happy coincidence. She’s worked hard over the years to drive as safely as possible. She keeps track of everything going on around her, always watching 4-5 miles ahead of herself and watching everything behind her that she can see. She never exceeds the speed limit. Lackland’s found that if she drives the speed limit, speed-happy four wheelers will generally just go around her.

“I’ve discovered the automobiles, they can carry on around you and speed and do all that,” Lackland said. “They don’t mind it if you just stay out of their way and the best way to do that is just to do the speed limit. A lot of truck accidents are caused by people in automobiles having a road rage problem.”

“When you’re thinking about timelines, you need to do it with at least 5-10 miles per hour under the speed limit to give yourself a time cushion,” Lackland said.

She also recommends not solely relying on a GPS, as they can occasionally lead drivers astray. Drivers should also rest up before driving into busy cities, she says.

“By all means, try to take your sleep before you go into the city so that you’re fresh and you’re alert. Don’t go into a city to try to make a delivery if you’re tired,” Lackland said. 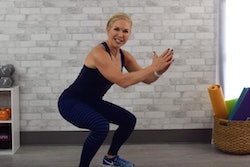 Squat: the one exercise to do if you only do one 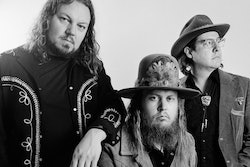 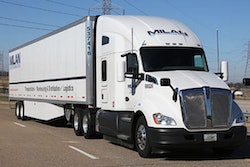 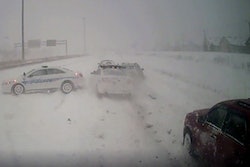