Volvo Trucks has developed new technology the company claims acts like a co-driver and says it can reduce the risk of accidents caused by a truck’s limited field of vision.

The company says its technology performs a 360-degree scan of everything around the truck, and functioning much like the human mind does, suggests actions to avoid any incidents.

Volvo announces hazard avoidance technology it claims is like having a second person in the cab.

Volvo said the technology is still being tested and could come to market in five to 10 years.

A statement from the company says:

“For the first time ever it is possible to enable a vehicle to register and evaluate everything that is happening in its surroundings and suggest actions to avoid accidents, such as collisions with pedestrians, cyclists or other vehicles. If the driver does not respond to the suggested actions, the steering or braking system can be activated autonomously.

“The main component in this technology is a data platform that fuses the sensory input from cameras, radars and other sensors positioned on all sides of the vehicle. It enables the truck to perform a 360-degree scan of its surroundings every 25 milliseconds. All the data input is interpreted, risk situations are analyzed and different route options for the vehicle are generated. By combining several sensory systems, the technology can distinguish and identify different road users including pedestrians, cyclists, motorcyclists and other vehicles. It can sense both their distance and direction.”

According to Mansour Keshavarz, systems engineer at Volvo Trucks: “The technology can predict traffic scenarios up to five seconds ahead, depending on the speed of the objects, and map out the best plan of action. In many ways the technology serves as a co-driver, but one that can see all around the vehicle. It can also alert the driver to things that are happening so that he or she can react, for example by warning with an alarm signal or braking to avoid a collision.”

Volvo said the technology is not yet ready to be applied in a commercial safety system.

“Trucks are a different type of vehicle and do not act the same way as cars in traffic,” said Keshavaez. “Each truck is loaded differently, for example, and their large size prevents them from carrying out severe avoidance maneuvers, such as swerving quickly to avoid a collision. So it is important to research and develop technology specifically for trucks.” 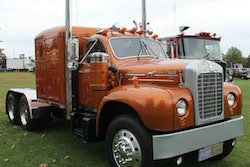 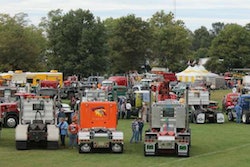 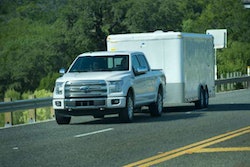 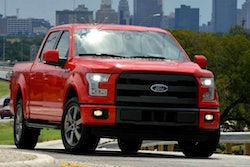