Like a growing number of American truck drivers, David Price spent part of his life in the military and remains justifiably proud of his service. Today, the Fort Worth, Texas resident and Navy reservist has his service show as drives Schneider’s 11th military themed Ride of Pride Freightliner.

Freightliner presented Schneider with this year’s Ride of Pride on May 26, the eve of Memorial Day weekend. Price and the truck then made their public debut at Rolling Thunder, a motorcycle ride in Washington, D.C., in support of our nation’s veterans, POWs and MIAs over the holiday weekend.

Price will spend the next 12 months traveling the U.S. to various military-themed events as well as hauling freight.

“My past has been the fire and the inspiration that has prepared me for this honor,” said Price.

Price entered the military in 2003, his desire to serve inspired by the 9/11 attacks. During his 14 years in the Navy Reserves, he was deployed to Kuwait for one year and Afghanistan for 15 months as a member of the Seabees, a construction battalion of the Navy that goes out in advance of other operations to build sites.

“I feel so honored to drive this impressive truck, which is detailed with memorials such as the Vietnam Memorial, World War II Memorial, Arlington Cemetery and 13 other monuments,” Price said. “I look forward to meeting all my other brothers and sisters from the military and their families throughout the year and sharing this special truck with them.”

“Schneider is grateful Freightliner has selected us to receive the Ride of Pride for the 11th time,” said Rob Reich, Schneider senior vice president of equipment, maintenance and driver recruiting, and U.S. Army veteran. “We couldn’t be more proud to have David Price and this year’s beautifully decorated Ride of Pride to showcase Schneider’s military support and our commitment to hiring those with military experience.”

Freightliner’s Ride of Pride tradition began more than 15 years ago when Ed Keeter, Freightliner shift manager and Vietnam War veteran, proposed the project as a way to honor current and prior members of the U.S. military. 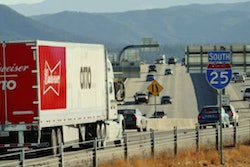 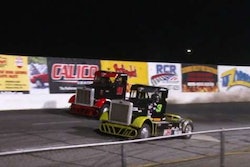 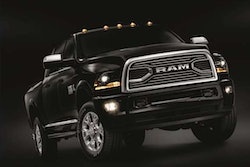