Lohr Distributors then delivered the beer to the Enterprise Center, home of the National Hockey League’s St. Louis Blues, on a BYD electric truck.

Last year, Anheuser-Busch placed an order for up to 800 Nikola hydrogen-electric powered semi-trucks and announced a pilot project with BYD in California last month at four Anheuser-Busch distribution facilities across southern California. The 21 BYD electric trucks, as well as a 958.5 kW solar array to charge the vehicles, will be implemented this year as the largest Class 8 electric truck deployment in North America.

This is the second time the King of Beers people have made trucking headlines. On Oct. 20, 2016 a load of Budweiser was hauled from Fort Collins, Colorado to Denver by an autonomous truck created by Otto. 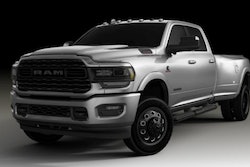 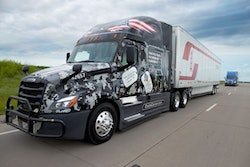 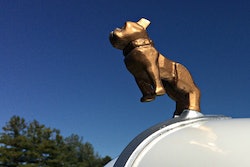 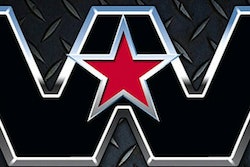