Yet another dump truck box left up causes mayhem

This getting a bit repetitive. Yet another dump truck driver appears to have forgotten to lower the dump box of their truck before hitting the road. This time, the forgetful driver demolished an electronic message sign on Interstate 70 in Indianapolis.

The crash occurred in the early morning hours of Sept. 21, closing the interstate for several hours.

Police say the roof of a tractor-trailer traveling behind the dump truck was ripped off by the dangling sign.

Earlier this month Truckers News reported on a Canadian driver who smashed into a sign on the 401 in Toronto and how a forgetful dump truck driver destroyed a bridge construction project in North Carolina. 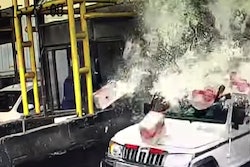 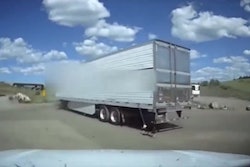 Bystander steps in to save dog tied to truck 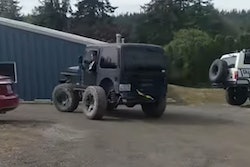 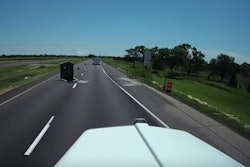 Talk about an unsecured load!