Bicyclist rides in front of truck, is hit and survives 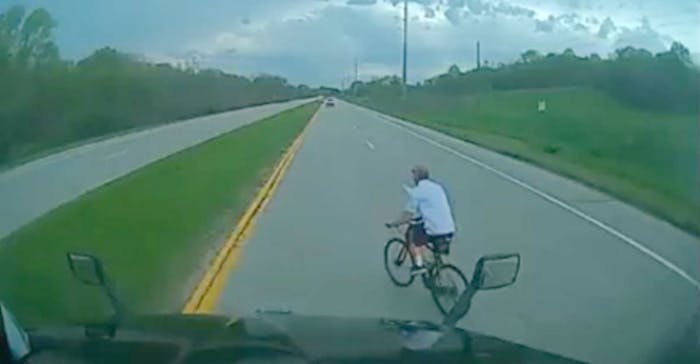 A Nebraska man riding his bicycle home from a local bar, crossed in front of a truck, was struck and somehow survived.

KETV reports 58-year-old Donald Graham, pedaled from the right shoulder and into the left lane and in front of a tractor-trailer on Highway 75 North near Omaha Sunday.

Trucker Danile Forno’s dshcam captured Graham’s movements and all the trucker did to avoid hitting the bicyclist.

However, Graham was struck by the truck and hospitalized for a broken leg and head injury. 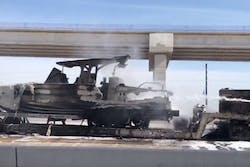 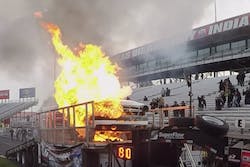 Here’s what NOT to do with your pickup 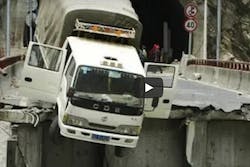 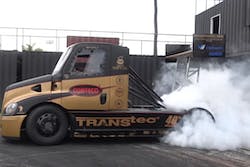