Setting another record for its largest-ever donation, truck drivers and other employees of Averitt Express raised $750,001 in 2018 that was recently donated to St. Jude Children’s Research Hospital.

It marked the fourth-consecutive year Averitt employees have either matched or set a record in their donation to St. Jude, according to a statement from the company. The amount is also the largest-ever employee-giving contribution to St. Jude Children’s Research Hospital.

The donation was driven by weekly contributions from Averitt employees as part of Averitt Cares for Kids, the company’s charitable employee-giving program, the company said in a news release. About 92 percent of Averitt associates participate, giving $1 per week to help St. Jude and other important causes. Averitt’s executive team partners with company associates to make contributions to Averitt Cares for Kids in recognition of their accomplishments and other life events.

Since Averitt Cares for Kids began in 1987, it has contributed close to $10 million overall to numerous charities, including more than $7 million to St. Jude.

“I’m humbled by our team’s giving spirit because it says a lot about the people we have on our team,” said Gary Sasser, Averitt’s chairman and chief executive officer. “I’m also proud of the great work we’re able to accomplish through Averitt Cares for Kids.”

Averitt is headquartered in Cookeville, Tennessee. 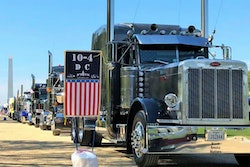 Group calls for trucking shutdown. What will you do? 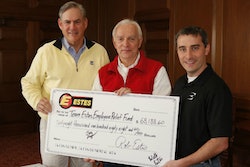 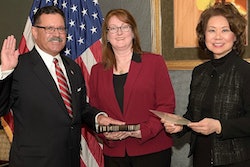