A trucker was recently honored for not only helping rescue a man trapped inside a wrecked truck last fall, but also for ensuring a rescue helicopter made a safe landing to assist another person.

The Truckload Carriers Association named Stafford Albertson, who drives for Networktrans, a Highway Angel, for helping at the scene of a serious accident involving a van and two trucks. Albertson was about 70 miles outside Shreveport, Louisiana one morning last October, when he heard a report over the CB radio that there was a bad wreck ahead of him involving a van and two trucks.

TCA recounts the events of the day:

As he approached the scene, Albertson could see a woman standing off to the side in the grass. One of the trucks, a box truck with a sleeper, was on its side. “The cab was mangled,” said Albertson. “The door had been torn off and the driver had been ejected. Someone was already helping him. Then someone said there was another man in the cab, in the sleeper. I could hear him in there moaning.” Albertson crawled inside the wreck. “All I could see were his legs.” The man was buried under debris including the panels of the truck. A small microwave and mattress had landed on him. “He must have been asleep at the time of the accident,” said Albertson. He assured the man help was on the way as he worked to dig him out. He was finally able to free him and help him get out of the truck. “He was covered in scrapes and cuts but was able to stand,” Albertson said.

A Life Air Rescue helicopter had been called in to evacuate one of the injured. However, there was a problem: The box truck had been carrying paint cans which were strewn around.

“I knew those paint cans would become like shrapnel when the helicopter came in, so we needed him to land where no one would be too close,” Albertson said.  He told the sheriff he had been a combat lifesaver in the military and had experience helping land helicopters. He helped ensure the pilot made a safe landing. One of the truck drivers was then airlifted to a hospital.

For his willingness to assist his fellow drivers, TCA has presented Albertson with a certificate, patch, lapel pin, and truck decals. His employer has also received a certificate acknowledging their driver as a Highway Angel. 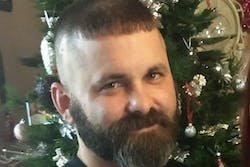 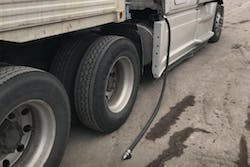 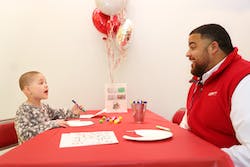