Come spring, big rig racing returns to the U.S. with the start of the ChampTruck World Series season. Organizers are patterning it on the kind of racing that is so popular elsewhere in the world, especially Europe.

Our colleague next door at Overdrive James Jaillet was in France earlier this month for the finals of the FIFA European truck racing series, which also featured a lot of custom trucks on display. We asked James about what he saw at the legendary Le Mans Speedway, and how that kind of racing and off-track entertainment could be imported to the U.S. successfully.

The weather didn’t show up for the two-day event. It was rainy, foggy, cloudy, cold and just generally wet. The sun poked through a few times, briefly. However, that didn’t stop tens of thousands of spectators, European truckers and race fans from turning out, and they were totally into it everything that happened. The races are the main attraction, but they’re not at all the only attraction. And the attendees show up enthusiastically for every part of it. They packed the stands for the races. The concert was packed. The truck parade drew hours of cheers, and the “carnival” section (ferris wheel, rides, car displays, food stands) was so crowded it was hard to navigate through it.

An American who was there (part of ChampTruck, the American truck racing circuit next year) said unlike Americans, Europeans don’t take entertainment for granted. And that was certainly what I noticed, too. The show’s attendees couldn’t get enough of any part of the races or the surrounding show and environment. Very family friendly and something for everyone, it seemed.

The racin’ d’être of the event:

The races were fun. It was the season finale, and there were three teams left in contention for the championship, so there was a lot of hype surrounding the 4 for-point races that would determine the winner.

The great thing about the Euro races — and like the ones coming the U.S. next year — is they only last about 15 laps, so the action starts quick and ends quick without getting too boring.

Like most race events you hear about, it’s really something you have to see in person to understand the attraction. The noise, the smells, the cheering — The races are great to see footage of, but live and in person they’re really spectacular.

There are about 20 drivers represented in the circuit, from all over the continent. So the drivers have huge followings in their own country and are very much celebrities, much like here in the U.S.

How do European show trucks compare to the one’s in Overdrive’s Price & Polish”?

Europeans take a different approach with their show trucks than those in the U.S. — but they’re no less fun to gander at. They’re big into airbrush-type murals — as you’ve probably seen from some of the photos I’ve posted — and in fact have a big category dedicated to them at the shows. I didn’t get to poke around in the interiors much, but they exteriors are done up in big ways, like American show trucks. Lots of lights, lots of chrome, lots of details — I enjoyed gazing at them.

What things still stand out in your mind now that you are home?

“Two things I’ll remember for a while: (1) The sound of the trucks as the pace car pulled off the track after the obligatory first pace lap and (2) how much the attendees thoroughly and enthusiastically attended every portion of the show, including the truck parade, which I thought was a little boring (trucks rolling by honking). Maybe we’re just hard to please in the U.S., or easily distracted. Either way, we don’t appreciate events the same way the attendees I saw in Le Mans appreciated the show I was at.”

But, will it play in Charlotte, Atlanta and MIS?

“I could see truck racing easily translating to the U.S. It may need a little time to get some attention and get off the ground, but if the events are as well done here as the Le Mans event was, I see no reason for folks not to attend and enjoy. It’s much different than popular racing series in the U.S., which generally run long, long races. The brevity of the races and all of the other attractions surrounding the events will be a nice change of pace here in the U.S.” 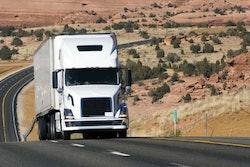 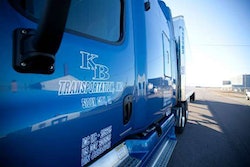 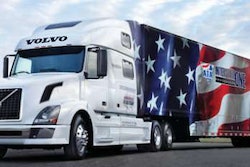 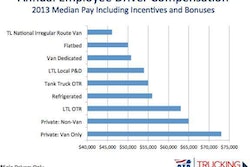