Folks who follow the History Channel’s hit reality show “Ice Road Truckers” continue to express their shock and offer condolences to family, friends and fellow cast members in the wake of the death of Darrell Ward, who joined the show in its sixth season.

Ward, who was 52, died when the small plane he was a passenger in crashed Sunday afternoon near a small rural airstrip alongside I-90 in Rock Creek, Montana near Missoula.

Missoula County Sheriff’s Patrol Captain William Burt Monday said the medical examiner is expected to positively identify the crash victims Tuesday, but family members confirmed Ward was onboard the Cessna 182 that was piloted by the plane’s owner Mark Melotz, who was 56.

Burt said both men died in the crash.

There has been no word yet from the History Channel, which airs “Ice Road Truckers” Thursdays at 10 p.m. Eastern and 9 p.m. Central, about whether the program will continue to be shown or the fate of a new season. “Truckers News” has left messages with the A & E Network and the production company that created “Ice Road Truckers.”

Investigators from the National Transportation Safety Board arrived on the crash scene Monday.

According to Burt, reports from those who witnessed the crash say the plane approached the airport from the east, veered north, appeared to stall and then struck a stand of Aspen trees. It crashed near the shoulder of I-90 and caught fire.

Reports surrounding the crash say Ward was about to begin filming a new show about recovering planes that had crashed. The 11th season of “Ice Road Truckers” was to begin shooting in the winter of 2017.

Burt said Melotz flew from Arlee to Missoula, where Ward boarded the plane. They were then flying to Rock Creek when the crash occurred at about 3 p.m.

This is what Terra Ward, Darrell’s daughter, posted Monday afternoon on his Facebook page:

“Hey everyone this is Terra Ward Darrell’s daughter and I know most of you know my dad as the Montana Legend as he is just that! But he’s been the Montana Legend to me my whole life my everything Ice Road Truckers has been on for 5 year but he’s been my dad for 21 and I cherished him! I looked up to him he was my rock I called him everyday he taught me everything I know! My Daddy was the best man ever hands down… NO ONE can say they miss him as much as me and my brother hurt for him today! I love everyone’s support and I love you all so much you made my dad into he was and is! But he’s a Son and Dad and a Grandpa he’s my world!! And I love and miss him so much I can’t even begin to explain it all! All the emotions all the hate I have for this cruel world he wasn’t done yet I know he wasn’t he had so many plans so many great ideas! My dad would stop whatever he was doing to answer my phone call in a meeting at the truck show! No one knows that part of him he loved his grand babies bought them everything they could ever want no holiday,  no birthday nothing will ever be the same with out his smart mouth there!! And I’m dying over here dreaming of a hug from him a, ‘You’re going to be alright Pumpkin!'”

The History Channel posted this on its Facebook page Monday: “We are saddened by the tragic loss of Darrell Ward, a beloved member of the HISTORY family. He will be greatly missed and our thoughts are with his family during this difficult time.”

Lisa Kelly, who became business partners with Ward, changed the profile photo on her Facebook page to a simple swatch of red and black Buffalo plaid, the fabric of the trademark shirt he worse.

Alex Debogorski, a cast mate of Ward’s posted, “As many of you may know by now, my fellow cast member Darrell Ward, lost his life in a tragic plane crash. God Rest His Soul. My condolences to his family. Darrell worked tirelessly for his children and his community. Life is fragile and you realize there but for the Grace of God go I.”

Fellow cast member Todd Dewey posted on Facebook: “I am out a good friend and awesome father, a fellow trucker, we talked every week on the phone between traveling. I’m at a loss of words. RIP my friend. Some day we will hang out again. Luv u buddy.”

The Polar Industries Facebook page carried this: “It is with a heavy heart that I speak of the sudden and tragic loss of our good friend and colleague Darell Ward. I have had the pleasure to work with Darell for numerous years on the Tv show Ice Road Truckers and although many of you have seen the bickering on the show between us, I can assure you on a personal level Darrel and I have developed a friendship over these years. I have made many memories with this great man and he has taught me a lot. I will never forget the great times we spent together filming the 10th season of Ice Road Truckers this past winter. Memories I will always cherish. My thoughts and prayers go out to his family. Darrel I will miss you dearly when that first truck departs the yard for the first trip on the Ice Roads this Winter. Take care my friend, until we meet again.
-Mark Kohaykewych”

Social media lit up with comments by fans of the show. Here is a sampling: 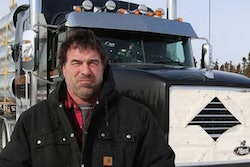 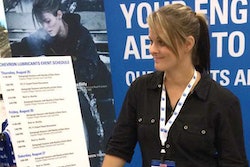 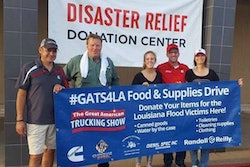 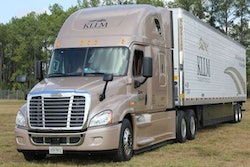