It’s not just the waistband of your trousers that’ll get tighter this Thanksgiving. Traffic volume for the upcoming holiday weekend is expected to be the highest in 13 years with 54.3 million Americans planning to travel. That’s 2.5 million more than a year ago, a 4.8 percent increase, according to AAA’s holiday forecast.

The vast majority of those travelers — 48.5 million Americans — will be on the same highways as you go about your truck driving duties. INRIX, a global mobility analytics company, predicts travel times in the most major U.S. cities could be as much as four times longer than a normal trip.

The Thanksgiving holiday period is defined as Wednesday, Nov. 21 to Sunday, Nov. 25.

Based on historical and recent travel trends, INRIX, in collaboration with AAA, predicts drivers will experience the greatest amount of congestion Thanksgiving week during the early evening commute period, with travel times starting to increase on Monday. Drivers in San Francisco, New York City and Boston will see the longest delays, nearly quadruple normal drive times.

“Thanksgiving is one of the busiest holidays for road trips, and this year will be no different,” said Trevor Reed, a transportation analyst at INRIX. “Knowing when and where congestion will build can help drivers avoid the stress of sitting in traffic. Our advice to drivers is to avoid commuting times in major cities altogether or plan alternative routes.”

In most cases, the best days to travel will be on Thanksgiving Day, Friday or Saturday, according to AAA. Drivers should expect increased travel times on Sunday as most holiday travelers will be making their way home after the long weekend. 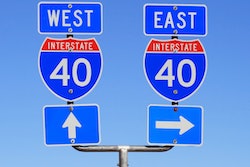 Expect swarm of troopers on I-40 for Thanksgiving 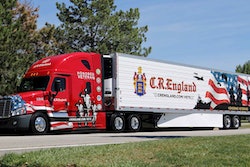 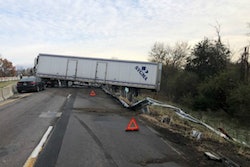