A Texas trucker is the latest driver to be honored for his highway heroics.

The Truckload Carriers Association recently named Paul Hopson, a driver for Action Specialized from Houston, Texas, a Highway Angel for stopping to help a seriously injured motorist found sitting outside his vehicle on the side of the roadway.

“There was lots of CB chatter about a guy sitting outside his pickup on the side of the road, bleeding,” said Hopson. “I get up there and there must have been hundreds of cars and trucks and everyone just passed him up.”

Without hesitation, Hopson pulled over. “A lady pulled over behind me. Turned out she was a former EMT,” he said. “The guy looked like he must have been sitting there quite a while, in the heat, and people just passed by.”

The man was still conscious and bleeding heavily from what appeared to be a gunshot wound to the face. Hopson called 911 and then gave the phone to the woman to explain the situation to the dispatcher. “She looked in the cab and said, ‘gun’ and we both stepped back. There was a gun sitting on the floor board.” Within a matter of minutes, two or three police cars arrived along with two ambulances and a fire truck. “They loaded him into the ambulance right away.”

Hopson called the Waco Police Department a couple days later and learned the driver had passed away. “I kept thinking about him,” shared Hopson. “I had just wanted him to know he wasn’t alone. It’s bad enough when a person passes away, but when they’re in a situation like that and they’re alone, that’s a hard way to go. Nobody would stop, they only talked about it (on the CB).”

Hopson has driven professionally for more than 30 years. He’s come across many accidents and has stopped to help when he can.

For his willingness to stop and offer assistance, TCA has presented Hopson with a certificate, patch, lapel pin, and truck decals. His employer has also received a certificate acknowledging their driver as a Highway Angel.

Since the program’s inception in August 1997, more than 1,250 professional truck drivers have been recognized as Highway Angels for the exemplary kindness, courtesy, and courage they have displayed while on the job. EpicVue sponsors TCA’s Highway Angel program. 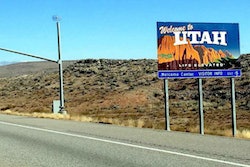 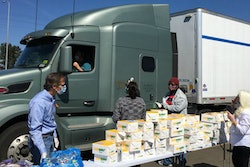