The Federal Motor Carrier Safety Administration has declared Jaypur Logistics LLC, a motor carrier located in the Houston area, to be an “imminent hazard” to public safety and ordered the motor carrier to immediately cease all interstate and intrastate operations.  The motor carrier was served the federal order on May 7.

During FMCSA’s investigation, Jaypur Logistics demonstrated a severe lack of oversight of its operations.  It could only identify a fraction of the drivers and vehicles operating under its authority and was not even aware its drivers had hauled hazardous materials.

Jaypur Logistics also failed to ensure its drivers were eligible to drive, allowing six drivers who were already prohibited in the FMCSA’s Drug and Alcohol Clearinghouse to operate on its behalf. Twice Jaypur Logistics’ drivers have been cited for operating under the influence and three times its drivers have been cited for on-duty possession of drugs or alcohol.

FMCSA’s imminent hazard out-of-service order states that Jaypur Logistics’  “…complete and utter disregard for the [federal safety regulations] substantially increases the likelihood of serious injury or death for your drivers and the motoring public if your operations are not discontinued immediately.”

Failing to comply with the provisions of the Federal imminent hazard order may result in civil penalties of up to $29,893 for each violation.  Jaypur Logistics LLC may also be assessed civil penalties of not less than $11,956 for providing transportation in interstate commerce without operating authority registration, and up to $16,864 for operating a CMV in interstate commerce without USDOT Number registration.  Knowing and/or willful violations may result in criminal penalties.

A copy of the imminent hazard order issued to Jaypur Logistics is available here. 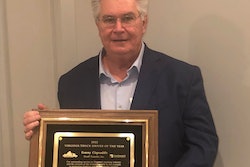 Virginia Trucking Association names its driver of the year 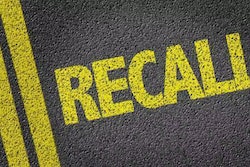 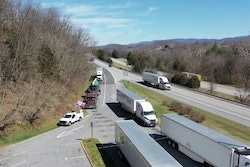 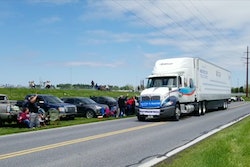