The principle leaders of Daimler Trucks along with Roger Penske fielded questions from the media Friday, Nov. 20 following the North American launch of the company’s new medium duty diesel engines Friday in Reford, Mich., touching on a variety of products.

Daimler announced a $375-million investment to enable production of the new DD5 and DD8 medium-duty engines at Detroit brand headquarters and manufacturing facility in Redford, Mich.

The new DD5 and DD8 engines now give Daimler a fully integrated medium duty powertrain. When asked how the new engines would affect the company’s relationship with Cummins, Martin Daum, president of Daimler Trucks North America, noted that the company would continue to offer Cummins engines in its medium-duty vehicles.

“We will let the customer decide which engine they prefer,” he said.

The DD5 will appear early next year and is currently running in Europe as a Mercedes-branded engine. But Daum noted that it was wrong to assume the engines were the same.

“We focus on many factors for specific markets,” he explained, “Including fuel mapping, shifting patterns and highway speeds. So these engines will reflect that input and be true North American engines.”

Daum was mum on specific horsepower, torque and fuel economy figures for the DD5, although Dr. Wolfgang Bernhard, with Daimler’s Board of Directors, noted that initial U.S. fuel economy tests were “very encouraging.” Daum added that in his view, the new DD5’s four-cylinder design was robust enough to replace competitive 6 cylinder engines.

With Freightliner marketshare approaching 40 percent in the U.S., Daum was asked if the company’s recent sales success was creating new challenges. “We always have to respect our competition,” Daum replied. “We can never be arrogant. But when you are number one, you have a target on your back. Everyone wants to beat you. And they will try their best to do so. We have the highest respect for our competition and never, ever, underestimate them. They will work hard to beat us. So we must work harder.”

Autonomous trucks came up, of course, with Daum noting that Freightliner’s Inspiration program was already delivering new technologies that would soon appear on Cascadia model trucks currently in production. “We can already see how autonomous technology has made our Predictive Cruise Control system better,” he noted. “And significant improvements in safety systems and braking that were developed on Inspiration will soon show up on Cascadia models as well.”

For his part, Bernhard is focusing on working with various governmental agencies to  work out new regulatory issues connected with autonomous truck technology, including various proposals that would “credit” drivers with additional on-duty and free time for every hour they operated the truck in autonomous driving mode. “We think such measures make good sense and will be very popular with drivers,” he said.

Bernhard noted that Daimler is fully committed to autonomous truck technology. “We believe this is the future and we are leading the way with this technology. I don’t see anybody else anywhere close to us in terms of autonomous trucks today,” he noted.

Roger Penske said that as both a commerical vehicle user and dealer, he was watching the evolution of autonomous truck technology very closely. “I think the biggest impact will be of safety,” he added. “And certain aspects, like adaptive cruise control, are very beneficial to both drivers and fleets.  So, from the dealer and user perspective, we’re going to apply these new technologies as they come into the market. I think that if we get to the point where drivers can actually operate the truck in full automatic mode, we’re going to get the very best fuel economy possible out of that vehicle. And as a Daimler customer, I see what they’re doing in that their car side of the business benefits the truck side when it comes to autonomous technology, and we see that as a huge competitive advantage.” 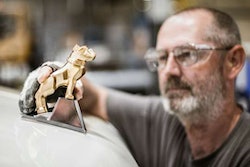 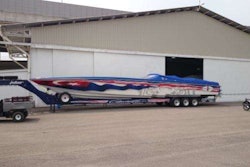 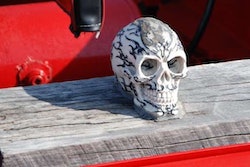