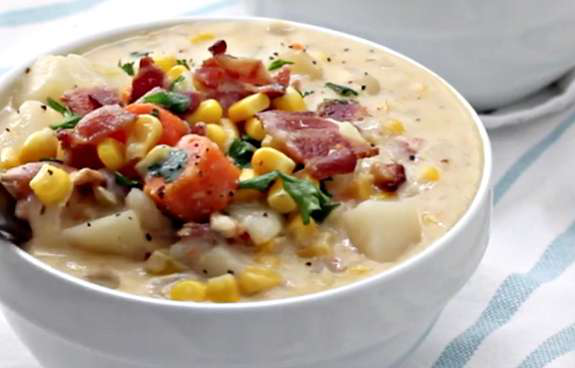 Few meals are as warming and truly soul-satisfying as a bowl — a large one, please — of a soup so rich it has to be called a chowder. And, one of the best chowders of all is a bacon-corn chowder that’s also filled with chunks of potato. What makes this particular chowder especially attractive is that it’s done in a slow cooker. Toss all the ingredients in your slow cooker — this is a big batch so you’ll need one that holds at least six quarts or adjust accordingly — put it on low and let it do its thing. Seven or eight hours later, you will be rewarded for your day’s driving. See the full recipe recipe at Spend With Pennies.