Pottle’s Transportation driver Brian Snell, of Merrimack, New Hampshire, has been recognized by the Truckload Carriers Association as a Highway Angel after he rescued a woman and a dog after a crash last June.

Snell was driving on 495 in Westward, Massachusetts, June 8, and saw a woman driving the wrong way on the freeway. The woman’s car spun out in front of Snell’s truck. He was able to come to a stop and position his truck to protect her car from traffic. Snell tried to resuscitate the woman, who was unconscious.

“I was a paramedic for such a long time that it was second nature for me to start to work on her,” Snell said.

“The car had crushed him,” Snell said. “So as hard as it was to leave his side, I ran back to the woman to continue working on her.”

He continued rendering aid to the woman and stayed on the scene until paramedics arrived. As emergency personnel responded to the woman, Snell realized there was a dog inside the deceased man’s car. Snell and emergency responders were able to get the dog out of the vehicle, and it was returned to the man’s family.

Snell later learned the woman had been intoxicated at the time of the accident and was ultimately charged with vehicular homicide.

Snell has a long history of heroic work. He served in the Marine Corps and after exiting the military, he worked as a paramedic. He was a rescue worker at Ground Zero during the Sept. 11, 2011 terrorist attacks. Snell lost a lung during those recoveries and was no longer able to work in law enforcement, but he still wanted to help others so he started a volunteer fire department before beginning his trucking career. 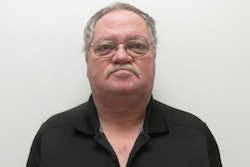 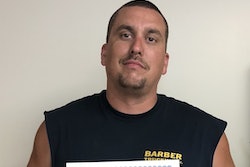 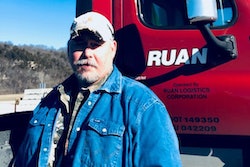