CPAP 101: What you need to know about CPAPs

Getting diagnosed with obstructive sleep apnea can sound like a huge burden to shoulder for some truck drivers. Not only do you have to buy a continuous positive airway pressure — or CPAP — machine, if prescribed one, but you also have to adjust to wearing it each night.

Some symptoms for sleep apnea, according to Mayo Clinic, include: loud snoring, excessive daytime sleepiness, headaches in the morning, high blood pressure, waking up with a dry mouth or sore throat, waking up abruptly by gasping or choking, difficulty concentrating during the day, and mood changes. Risk factors include obesity, high blood pressure, smoking, diabetes, asthma, having naturally narrow airways or chronic nasal suggestion. Men are twice as likely to have obstructive sleep apnea as women.

Untreated, sleep apnea can cause fatigue, cardiovascular problems, eye problems, memory problems, and other complications. And, in some cases, it’s possible the illness could jeopardize your ability to drive.

Federal Motor Carrier Safety Administration regulations say a “person with a medical history or clinical diagnosis of any condition likely to interfere with their ability to drive safely cannot be medically qualified to operate a commercial motor vehicle in interstate commerce.” While sleep apnea is not singled out, it does fall under that umbrella. With successful treatment, a truck driver can regain their medically qualified to drive status. A proposed rule was withdrawn last year that would have established a process to create sleep apnea screening requirements for truckers.

CPAP machines are the most common treatment. The machines work by forcing air through the airway during sleep via a hose and mask, but drivers often have concerns about the cost and comfort of the machines and their parts.

Truckers News talked with two truckers, company drivers Terry Batchelor and Joey Real, about the practical experience of being prescribed a CPAP machine to treat sleep apnea in this series. Upcoming installments will discuss their experiences — good and bad — with their CPAPS, how to adjust to wearing one, and how to meet the financial costs.

Are They Invaluable or Inconvenient?

Whether a Continuous Positive Airway Pressure machine, or CPAP, is inconvenient or invaluable will depend on the individual driver, but truckers Terry Batchelor and Joey Real agree their devices have been life-changing.

“It’s mind-boggling the difference it will make. Your physical, mental and overall health will improve dramatically. That in and of itself is worth whatever they want to charge you for,” Batchelor said.

The only inconvenience Batchelor has faced is when he has had to sleep without it. He’s almost 57 years old and has been driving trucks for 25 years, and he thinks his CPAP extended his life and his career.

“I’ll be 57 in June and I’m pretty sure I extended my life quite a bit by getting that machine. The effect of sleep apnea are horrible. I never realized it. I always tried to convince myself, nah, that’s just normal,” Batchelor said.

Because Batchelor isn’t over the road anymore, he doesn’t have to worry about having an inverter. Real uses an inverter in his truck for his CPAP and says it doesn’t use much power.

“Most of us out here have microwaves and TVs and everything now, so it’s not uncommon to have a 1,500-watt inverter in a truck anyway. It’s pretty portable. The one I got came with a little carrying case so that when I do go home I can carry it on in the house,” Real said. “It’s not in the way. It’s not very big. It’s smaller than a loaf of bread.”

While Real appreciates how his CPAP has improved his sleep and overall health, there are still some nights where he’ll wake up with his mask irritating him. If he’s already reached the threshold to be compliant, he’ll just take off the mask and sleep without it for the rest of the night.

“I was very concerned with whether I was going to be able to sleep with this thing attached to my face. It takes some getting used to. I’ve been on it for probably close to a year and still to this day there are nights where I’ll wake up in the middle of the night and it’s just really irritating me. I’ll take it off, ” Real said. “I have to use it for a minimum of four hours a night to be compliant and I’ll look and see hopefully it’s been four hours.”

Even with those occasional difficult nights, though, Real still thinks his CPAP has been worth it. A lot of his initial symptoms – muscle cramps, frequent naps, falling asleep during the day – have dissipated entirely.

“I kind of scoffed at it at first too but now in hindsight that thing probably saved my life because of the numbers that I tested at. It was extremely dangerous and I had no idea,” Real said.

How to Adjust to Wearing One

The unfortunate reality is your CPAP device may not immediately be the most comfortable thing you’ve ever worn, but you have options to make it easier to use.

CPAP.com, an online CPAP retailer, advises that new CPAP users wear their mask during the day while they’re doing a regular activity like watching television or reading a book. The theory is that the more you wear the mask during normal activities, the easier it will be to adjust to wearing it while you sleep.

If your CPAP leaks or doesn’t fit well, you may need a different mask size. If you wake up with a dry nose or feeling congested, you’re not alone. This is a common complaint about CPAPs, according to CPAP.com. Most CPAP machines come with a humidifier to help address that problem by adding moisture to your machine’s air. Another common issue with CPAPs is that they irritate the skin where the mask touches it. There are mask liners and creams available to address this.

You may also have to experiment with different mask types to see which one will work best for you.

Terry Batchelor, a company driver from Gillette, Wyoming, started off with a nose mask but because his CPAP’s pressure is set to the highest possible level, it would cause his mouth to blow open. He switched to a full face mask but it was too big and bulky for him, so he went back to using the nose mask. He added a four-inch strap to his nose mask that goes around his head and keeps his mouth closed. The air will sometimes still blow his lips open but the strap has been a good overall solution, he said. The only drawback to the nose mask has been that he can no longer sleep on his stomach, but he feels the trade-off has been worth it.

“There really wasn’t any period of discomfort or anything for me because I had the knowledge that I was actually breathing while I was sleeping now and I wasn’t going to suffocate in my sleep. I’ve actually gotten to the point, and it happened very quickly, when I put it on it actually comforts me. It doesn’t usually take me very long to fall asleep,” Batchelor said.

CPAP machines come with a ramp feature which starts the wearer off at a low pressure when they first put the mask on. It gradually increases until it reaches the prescribed pressure. This feature is useful for individuals worried about adjusting to the intense air pressure.

Joey Real, a TMC driver from Mount Vernon, Missouri, has two nasal pillows that rest on his nose. He has too much facial hair to use a full mask and the nasal pillows, while small, are still able to deliver the air pressure he needs. He found the ramp feature useful as he adjusted to wearing the CPAP.

Real advises other drivers that they should be willing to try on different types of masks to figure out what will work best for them.

“Whatever advice I would give would be to just find the mask that is, I won’t say the most comfortable because none of them are comfortable, but find the one that’s the least uncomfortable. Do whatever you’ve got to do to work with it and get used to it,” Real said.

Remember to set realistic goals for yourself, as well. You probably won’t adjust to your CPAP mask overnight. It may take a week or two before you’re fully comfortable with it.

“It took me probably a good month before I was really used to it. Don’t give up too soon. Give it a good chance,” Real said.

How to Pay For It

When he was diagnosed with sleep apnea, trucker Joey Real’s insurance stepped in and covered the full cost of his machine. He knows he was fortunate in that regard. The general upkeep of the machine has also been relatively inexpensive, he said. He’ll be due to replace his mask soon and was able to find it on Amazon for $45. The distilled water he buys for the humidifier in the machine runs him about 88 cents for a gallon at Walmart.

“I imagine the initial investment, if your insurance doesn’t cover the unit, could probably be a little pricey. I don’t know how much they go for. The initial investment if you had to pay out of pocket for it would be the only downside. After that it’s very inexpensive,” Real said.

Trucker Terry Batchelor wasn’t as lucky when he bought his CPAP. He paid $1,400 for his device. He worked out a deal where the expense was averaged out over a 12-month term. He paid a small portion each month instead of the full amount upfront, which made it more affordable.

“They averaged that out over a 12-month period so the payment every month was almost nothing,” Batchelor said. “Compared to the damage I was doing to myself and the benefit the machine gave me, the cost was absolutely nothing.”

Batchelor got his CPAP machine through a hospital and the monthly amount he paid was around $120. He has not had any issues with his machine since he bought it. The only other things he’s had to buy have been the plastic nose pieces, because that plastic eventually dries out over time. The filters on the machine have to be replaced from time to time, Batchelor said, and he’s had to replace the hose once.

“The machine itself is the same original machine that I bought. I think they call for those to last like five years or something before you have to think about replacing those,” Batchelor said. “I’ve never had a problem with mine breaking down or anything like that. It’s a real trustworthy little piece of equipment.”

CPAP machines and their parts come at different prices and are often covered in part or in whole by insurance providers. You should check with your benefits administrator to see what your coverage provides. 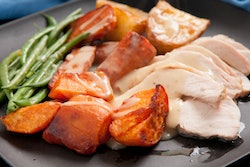 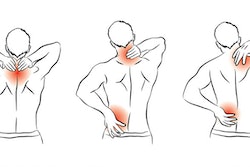 3 out of 5 truckers say driving can be painful 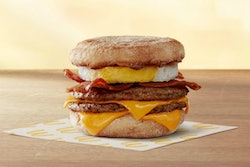 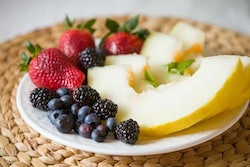