Meet five dedicated drivers who made news in 2019

Every year at Truckers News we make it our mission to scout out and profile truck drivers doing interesting things within their businesses and communities. The five stories below reflect some of the great drivers that we were able to meet in 2019.

They include a father-and-son duo who built a strong bond through team driving, an owner-operator who organizes a meet-up of drivers each year at Talladega, this year’s Trucking’s Top Rookie winner, the winner of this year’s Transition Trucking: Driving for Excellence award, and a Vietnam veteran who was recognized during the Mid-America Trucking Show.

Click on each driver’s name below to read their individual stories:

Truck driver Stan Davis and his stepfather Terry Pratt grew closer together through trucking after Davis lost his mother when he was 24 years old. Now the father-son duo drives team together for Tri-State Motor Transit.

Vietnam veteran and truck driver Richard Nardone was honored by Belmor during the Mid-America Trucking Show as the winner of the “I Did My Duty, Now I Drive Heavy Duty” essay contest. Nardone was a U.S. Army sergeant and served from 1962-1969, spending seven years in Vietnam before transitioning into trucking.

Army veteran and lease contractor Dwight Arnold was named the winner of the 2019 Mike O’Connell Trucking’s Top Rookie award during a presentation at the Great American Trucking Show. Before GATS we talked with Arnold about his 13 years of service in the U.S. Army and his goals for his trucking career.

Joseph Campbell spent 24 years in the U.S. Marines and U.S. Army. When he retired he still wanted to be a part of something bigger than himself, and trucking fit that bill. He was announced as the winner of the Transition Trucking: Driving for Excellence award in December. We spoke with Campbell at GATS in August when he was announced as a Top 4 finalist. 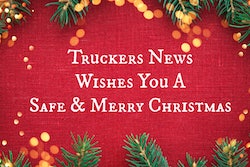 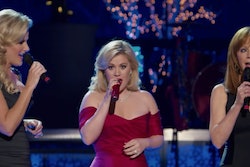 It wouldn’t be Christmas without some music 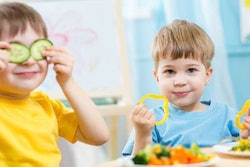