Driver of the Year winner credits mentor for her success

C.R. England company driver Catherine Querio stumbled into trucking while she was looking for a career change. She worked as a nurse for 15 years in hospice, but after her mother’s sudden death she lost her heart for it and needed a change.

“I thought that’d actually be perfect. I kind of tripped into it and I love it,” Querio, from Stockton, California, said of trucking.

“I have an office window with an ever changing view. I get to see so much of the country,” Querio said.

Her previous career as a nurse helped prepare her for truck driving. Documentation and planning are priorities in both careers.

“It’s Nursing 101: If you didn’t document it then it didn’t happen. In trucking, that mentality makes you more aware of everything you do,” Querio said.

Querio recommends drivers coming into the industry find a mentor who can help them learn. Trucking school goes by fast, she says, and a good mentor can help fill in the gaps. Querio spent her first year driving team with a man named David Gordon, a trucker with eight years experience. While the two of them were equal partners, Gordon was a mentor to Querio and helped her learn the ins and outs of the industry during her first year over the road.

“David taught me all of the things you need to know every day living in a truck and being safe and getting where you need to go and how to trip plan. All of these things that needed to be fine tuned, he did,” Querio said.

Safety is Querio’s priority when driving. She always plans ahead and tries to have two or three possibilities in mind if she needs to shut down.

“Stay safe for yourself. I’m always thinking about my son, my daughter-in-law, my extended family at home. I want to come home safe, always,” Querio said. 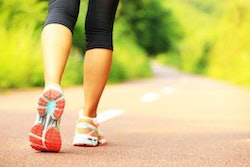 Step by step, walking can be key to wellness 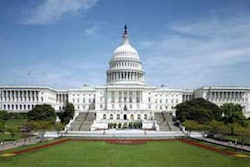 Bill exempts many from ELD use; senators seek HOS review 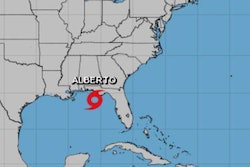 FMCSA suspends some regs because of storm 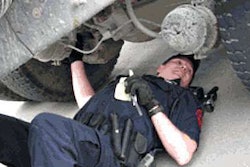